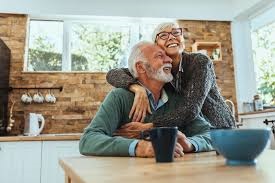 The answer seems to be yes, at least for financially stable and healthy seniors.

They have an own source of early stage capital (their pensions and savings), greater schedule flexibility, a wider professional network and a wealth of industry experience that grants them vital knowledge of areas ripe for innovation.

Several policymakers are waking up to a new era for senior entrepreneurs and have begun to explore ways to incentivize their economic contributions through new business creation.

Look across the pond to Britain, for example. According to recent estimates by Clifton Asset Management and pensionledfunding.com, entrepreneurs aged 55 and over in the UK are set to cash in an estimated £400m of their pensions in order to fuel the growth of their start-up businesses. A recent policy change might have something to do with this. The UK government introduced unprecedented pension freedoms on April 6, 2015, enabling seniors to opt to take 25% of their pension pot as a tax-free lump sum. While it is too soon to determine causality, this might be one new example of how a financial innovation can support the changing demography of entrepreneurship.

In the United States, Dane Stangler, vice president for Research and Policy at the Kauffman Foundation, brought up the issue of baby boomer entrepreneurs to Congress last year through a testimony before the U.S. Senate Special Committee on Aging & the Senate Committee on Small Business and Entrepreneurship.

The OECD has issued recommendations on this subject in its 2012 Policy Brief on Senior Entrepreneurship, including:

Beyond startup rates for retired adults, of course the important question is whether seniors are more likely to scale successful businesses than their younger peers along with which factors influence their performance.

We know that the 'peak age' for starting a company is in the mid to late 30s or early 40s with cofounders often much older.