Why Haven't You Started A Company Yet? 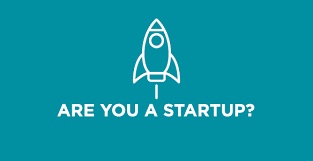 Why Haven't You Started A Company Yet?

Behind the depressing startup stats are millions of individuals who might have become entrepreneurs but decided not to-;for now anyway. To get a better handle on these folks, we surveyed visitors to Inc.com who do not yet own companies. The results are suggestive, if not scientific. Out of more than 750 respondents, 62 percent said they wanted to start a business but didn’t know when it would be possible; and 17 percent had tried to start a company but were prevented by circumstances from doing so. Nineteen percent had concrete plans to start a business next year. (Two percent didn’t want to launch a business at all.) We asked those wanting but unable to start a business what was stopping them. Interestingly, the second-most-common response, “I don’t have an idea,” has not come up in the state-of-startups debates. Clearly, no one is surprised by the idea of thwarted entrepreneurs. But lack of inspiration could be a culprit.

On Inc.com, we asked which one, or more, of these barriers is holding would-be entrepreneurs back.

I don’t think I could raise enough money 48%

The competitive barriers are too high 13%

I’m worried about taxes and regulations 17%

I’m discouraged by the high failure rate of businesses 22%

I worry about balancing business and family life 18%

Maybe entrepreneurial activity isn’t ebbing as much as we think it is. Maybe we’re just not looking in the right places.

Entrepreneurship has actually been on the rise since 2011, according to GEM, which surveys individuals and national experts rather than the government data that Kauffman and Brookings rely on. As a result, GEM turns up not just new businesses but also people in the embryonic stages of starting businesses. Kelley calls them nascents. Nascents “may identify in the Census as ‘I am employed by somebody else.’ But they are actually entrepreneurs and getting started,” says Kelley. The rate of nascent entrepreneurship has almost doubled since 2010, from 4.8 to 9.7 percent. (How many of those will result in new companies, though, is anybody’s guess.)

Nascents aren’t the only founders traveling subradar. Brookings research indicating a declining number of new businesses counts only startups with more than one employee, “on the theory that these are at least potentially going to be real businesses,” says Litan. Given our reliance on young companies for new jobs, that decision is justifiable. But it overlooks the tens of millions of soloists (more than 40 percent of the U.S. work force by 2020, predicts Intuit), whose holiday parties fit in a coat closet. In the game of entrepreneurship, they are the wild cards.

"If you look at when people are getting money, it is way past the startup phase. There’s a dearth of capital for idea, pre-seed, and seed startup companies."Karl R. LaPan, former chair, National Business Incubation Association

Soloists are an extreme example of a trend: startups losing not just steam but also scale. In terms of employees, the average startup was a third smaller in 2011 than in 2001, according to research by Gary Kunkle, an economist and founder of research firm Outlier. Many of these businesses lack resources or ambitions to grow. But some stay small by choice, because technology makes it possible and the rewards of being nimble make it desirable.

The assumption is that most startup soloists fall into the former category. They are reluctant entrepreneurs sloughed off in corporate downsizings who “hang out a shingle and become a designer on my own or an accountant on my own,” says Kunkle. “They might think, ‘That’s what I did for a big company, and now I’ve been freed of that--mostly not of my own volition. I need to find some source of income.’ ” Less reluctant but comparably unambitious are retirees who want to stay active, not to build something of scale.

But anecdotal evidence suggests a growing number of soloists consider their status a competitive advantage. These people may not be “real businesses” by Litan’s definition. But while they don’t create jobs in the traditional sense, they inject entrepreneurial energy into the economy. At the top end of the soloist market, “we see independent professionals and teams that come together on a project basis,” says George Gendron, former Inc. editor and founder of the Solo Project, a media, research, and education company for independent professionals. “More virtual teams have managed to create enough of a footprint that they can tackle really big projects.” For example, Mavens & Moguls, a network of 48 independent marketing professionals founded by Paige Arnof-Fenn, Zipcar’s first CMO, has won work from Delta Airlines, Colgate, Sprint, and Virgin, among others.

Ambitious soloists are also potential sources of innovation. If a few coalesce around a promising idea, “they may decide they want to raise capital, build a team, and grow,” says Kunkle. And another startup is born.

One hopeful sign is that all who have identified the decline are optimistic about its correction. Stangler says he expects to see a “huge rebound” as the economy improves. He is particularly upbeat about changing demographics, viewing young people as founders-in-waiting rather than as missing in action. “I’m pinning a lot of hope on the Millennials,” he says. “Ten years from now, we’ll have more people in their 30s than ever before in history. I would expect that to bode well for business formation.”

Certainly Millennials have been socially and culturally primed for entrepreneurship: Their vaunted individualism and idealism suggest they are temperamentally suited as well. And when the time comes, they may be the best-educated entrepreneurs in history. An informal survey by Inc. of top business schools found interest in entrepreneurship programs at least holding steady and in some cases growing substantially. At Northwestern’s Kellogg School, for example, enrollment in entrepreneurship courses more than doubled between 2011 and 2014.

Litan cites additional positive developments, including the ebbing of recession anxiety. Technology too will play a part, he says. Startup and operational costs will decrease, thanks to cloud computing. More platforms like the iPhone will likely emerge. And 3-D printing and associated technologies will bring manufacturing within the reach of new businesses.

Litan adds that while the public and policymakers are right to worry about the startup decline, aspiring entrepreneurs needn’t sweat it. “If you’ve got the motivation and you’ve got the idea, then it shouldn’t make any difference to you,” he says. “Because you are going to be the exception.”

From the May 2015 issue of Inc. magazine