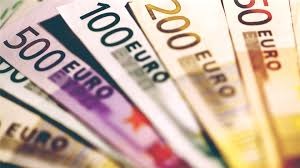 How Startups Overcome the Capital Gap by Sramana Mitra |

(this article was posted on the website of Harvard Business Review)

Imagine you’re a first-time entrepreneur with an unvalidated business idea and no track record of making money for investors. You may have another kind of track record, such as working successfully at a large company. Or you could be a young entrepreneur, fresh out of college, ready and raring to get yourself launched.

Unless you are willing to bootstrap yourself to some degree of validation of your concept, and can convince investors that there is real demand for what you offer, and a really large market, no one will write a check. Certainly not VCs. Not even, these days, angel investors.

You can go to an incubator and potentially try to convince them to write a $15-$25K check to get your idea off the ground. However, the best incubators also look for large, venture fundable business opportunities.

Let’s suppose your idea is a good, viable business idea, but not a billion dollar market opportunity. What do you do then?

Now consider this. There are many more $5 million, $10 million, or $20 million business opportunities out there than billion dollar ones. Those don’t fit the VC model, but if you build a $15 million-a-year business that generates 30% profit year-over-year, what’s wrong with that picture?

In the fall of 2007, I met Sridhar Vembu, CEO of Zoho. At that time, no one had heard of him. He was flying under the radar of Silicon Valley. Sridhar had a small network management tools business that basically functioned as a highly profitable cash cow. It was not an earth shattering idea. But it gave him cash to play with. And play he did. He decided to go after Salesforce.com with a Software-as-a-Service Customer Relationship Management product at a price-point that was one sixth of what Salesforce.com, the market leader, charged. He offered the product to small businesses, and customers lapped it up. VCs started chasing him from every corner of Silicon Valley. Acquisition offers started floating in. Fast-forward to 2013: Zoho is a $200 million dollar a year company. It has been built without outside capital, entirely.

If you analyze this case study, what strikes you is that Sridhar’s first business idea was not fundable. He bootstrapped it by selling to customers as early as he could. He grew the business organically, with revenue and profits, not outside capital. But once the business started generating decent profits, Sridhar decided to go after a potentially bigger opportunity. The moral of the story is that even an entrepreneur with a smaller idea that is not fundable can build a great company. The initial cash needs to come from revenues, not financing. But later, as the business finds its stride, generates profits, it can offer the opportunity and cash for pursuing a bigger idea.

Let me tell you another story, that of Cableorganizer. A husband-wife team in Fort Lauderdale, Florida has built an e-commerce business selling cable organizers and closed 2011 at $16 million. No venture capital. Not even any kind of bank financing. Just blood, sweat, and tears. Read their story. Yes, it’s mundane. Business, fortunately or unfortunately, is terribly mundane. And for some, terribly exciting when hard work yields customers, revenues, and profits. And the reality is that most of the other 99% entrepreneurs who are constantly getting rejected by investors, grows their businesses in this mode.

So, ask yourself what have you been doing for the last six months? Chasing customers? Chasing Investors? Remember that Customers = Validation, Revenue, Cash, Valuation, Fundability And that Investors = Distraction from chasing customers Now is a good time to reinforce: Entrepreneurship = Customers + Revenues + Profits. In this equation, outside financing is Optional.

Note one thing, here. Both of these case studies are of companies that have bootstrapped themselves to positions of great strength and negotiating leverage. They CAN raise money now. In the case of Zoho, the best VCs of the Valley would write a check in a nano-second. In the case of Cableorganizer, banks would be delighted to finance their inventory and working capital to help accelerate growth. So there is really no capital gap if you have a proven business model and execution capacity. The capital gap is during the early stages, when the risk is really high. When business model, customer demand, and the entrepreneur’s own execution capability is unproven. To be precise, the capital gap is in the sub-million dollar revenue level.