10 answers by Harvard researcers: Why Businesses Succeed and Fail 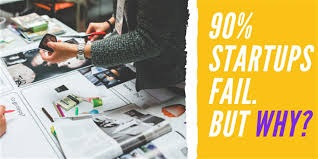 Harvard researchers answer 10 perplexing questions. How can an entrepreneur position themselves to succeed when the majority of small businesses fail?

It helps to know which odds are in your favor. Paul Gompers, Anna Kovner, Josh Lerner and David Scharfstein set out to find why some entrepreneurs are more successful than others. They put together a Harvard Business School working paper, Performance Persistence in Entrepreneurship.

In it, they answer some burning questions. Do first time entrepreneurs have it harder? Does having a renowned venture capital firm behind you help? And most importantly, is successful entrepreneurship a skill, or is it luck?

Here are the fascinating answers to all of those questions and more.

If you're a first time entrepreneur, outlook not so good.

According to the Harvard researchers, there is performance persistence in entrepreneurship.

2. Who is more likely to get funded by a VC firm, a new entrepreneur or a tried and true one?

3. Is entrepreneurial success a skill, or is it luck?

Answer: Starting a company at the right time in the right industry is a skill.

Here's why: According to the Harvard paper, "The industry-year success rate in the first venture is the best predictor of success in the subsequent venture. Entrepreneurs who succeeded by investing in a good industry and year (e.g., computers in 1983) are far more likely to succeed in their subsequent ventures than those who succeeded by doing better than other firms founded in the same industry and year (e.g., succeeding in computers in 1985).

Nothing indicated it has anything to do with wealth.

Entrepreneurs with previous successes can get their hands on more capital and services if suppliers think they are persistent performers.

"For example, high-quality engineers or scientists may be more interested in joining a company started by an entrepreneur who previously started a company in a good industry and year if they believe (justifiably given the evidence) that this track record increases the likelihood of success," they write.

5. Are companies that are funded by top-tier VC firms more likely to succeed?

Answer: Yes, with one exception (see next question).

The reason these companies are more successful is obvious.

It's either because the top VCs are better at identifying potential success, or it's because they're able to add more value to companies they fund. The Harvard paper assumes both.

6. If a company's founder has been successful before, how important is the VC?

Answer: If a startup is founded by previously successful entrepreneurs, then the VC firm doesn't really matter.

Basically, since successful entrepreneurs can easily obtain services and they have a better chance at success, then they really don't need guidance top VCs provide.

Harvard explains, "If successful entrepreneurs are better, then top-tier venture capital firms have no advantage identifying them (because success is public information) and they add little value. And, if successful entrepreneurs have an easier time attracting high-quality resources and customers, then top-tier venture capital firms add little value.

7. Where do most entrepreneurs get their ideas from?

The Harvard paper cites a 2000 study by Bhide that finds "a substantial fraction of the Inc. 500 got their idea for their new company while working at their prior employer."

8. Will VCs give the same entrepreneur funding on their next venture?

Answer: Not usually. The same venture capital firm that funded you before probably won't give you money again.

You'd think successful entrepreneurs would have no problem getting funding from venture capital firms that previously backed them...but you'd be wrong.

According to a 2007 study by Bengtsson, "it's rare for serial entrepreneurs to receive funding from the same venture capital firm across multiple ventures."

It takes an average of 21 months for established entrepreneurs to secure VC funding compared to 37 months for first-timers.

10. Who receives a higher initial valuation, seasoned entrepreneurs or new ones?

They were found to have higher initial pre-money valuations than serial entrepreneurs: $12.3 million compared to $16.0 million for first-time founders.